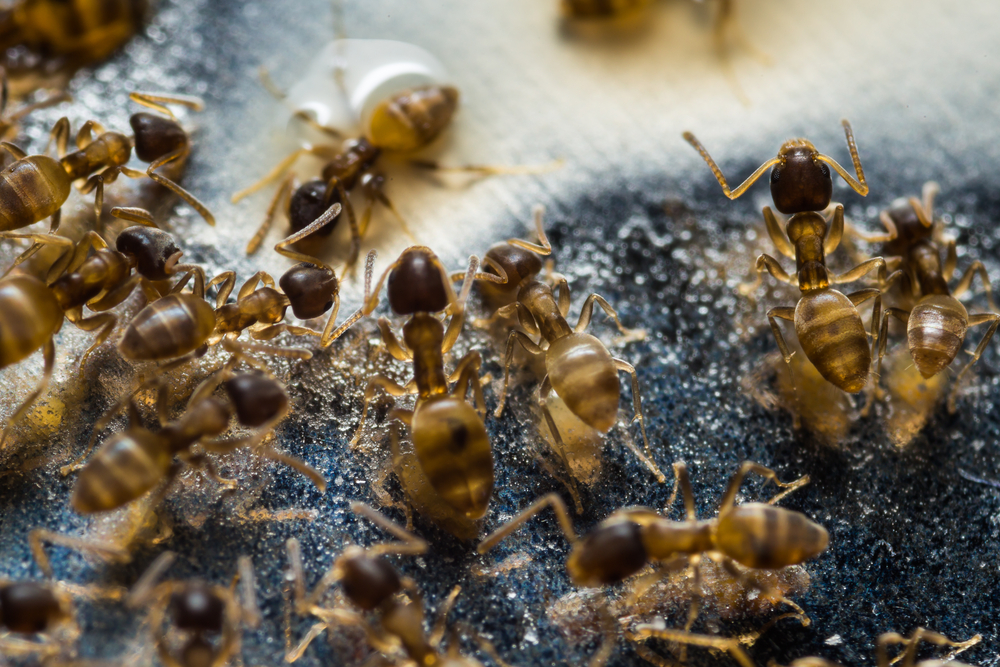 They can survive just about anywhere. They can live in people’s homes, in the cracks or under the floorboards. They can build nests anywhere, such as under rocks, in any exposed soil, and rotting logs. If they cannot find any of these things, then they move into another colony. Their nests are generally large for the ants’ size, and have tunnels that lead to another ant colony for a reliable and steady food source

They can be yellowish or brownish tones of color. These ants have a two-segmented petiole connecting their abdomen to the thorax. They have 10 segments in their antennae, which end in large segmented clubs. Thief ants have small stingers on their oblong abdomen, and generally have small eyes.

Colonies of thief ant usually have anywhere from a few hundred to a few thousand workers. Colonies have multiple queens. The number of thief ants in a colony depends on the location

They eat grease whenever they find it, which is why they are sometimes called grease ants. They also eat, cheese and other dairy products, and seeds. They also eat larvae and pupae of other ant species. Thief ants do not appear to be attracted to sweets, unlike most other ants.