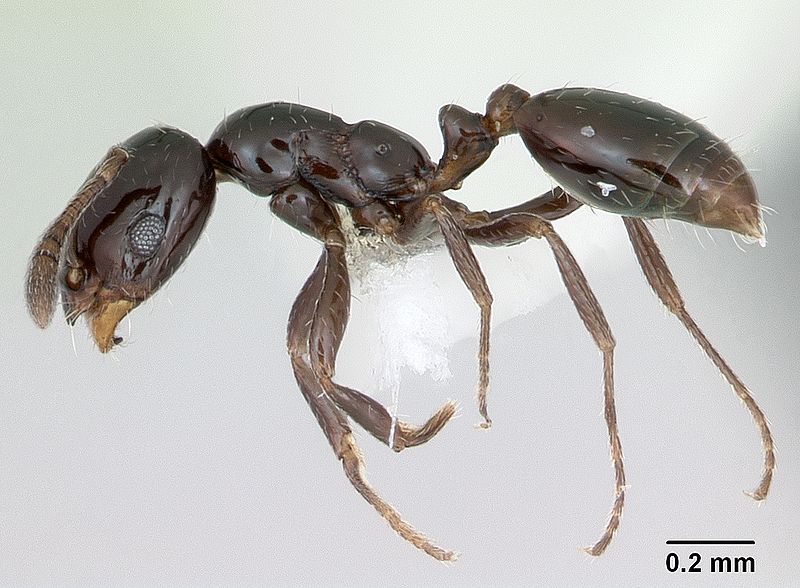 Little black ant workers are small about 0.15 cm, soldiers about 0.15 cm. The egg laying queen of the colony is the biggest member that can measure up to four millimeters.

Little black ant colonies have moderate to large populations, with two or more queens in one colony. Little black ant winged swarms are common from June to August, during which time mating occurs. After mating, both males and females shed their wings and the males die soon after mating. Newly established colonies grow rapidly and they build their nests in areas such as wall voids, rotting logs, cracks in cement, lawns and open areas.

Little black ants can make their nests outdoors, in forests or right in your back yard, often under rocks and tree bark. They feed on sugary liquid called honeydew, made by small insects called aphids and scales, also by dead insects, spiders, and trash.