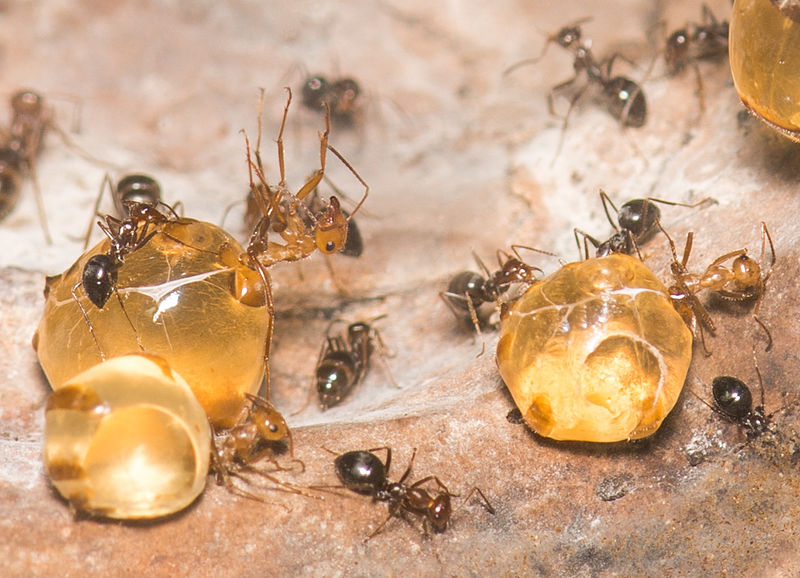 During the rainy seasons the honey pot ant repletes are fed so much that they swell up and become living underground refrigerators, some can become so large that it’s impossible for them to leave their nest. The food is stored for the whole colony and is used during the dry seasons when food is not so plentiful.

A few honey pot ant species are known to be able to change colors to greens, oranges, reds, blues and yellows. This might be to do with the type of liquid they are holding. The workers range in size and color, especially the repletes when they have been filled with nutritious liquid, they resemble walking grapes.

Honey pot queen ant is one queen per each colony. Only two castes in the colony reproduce the queens and the males. Workers are sterile and tend to the queen and brood. Mating occurs during nuptial flights, where winged queens and males swarm outside the nest.

Honey pot ants are normally found in hot dry areas such as the edges of deserts. Honey pot ants mostly gorge on desert flowers for the sugary nectar during the rainy seasons. They will also eat small insects.